There were a handful of signs that emerged from the 76ers’ (38-25) recent two-game stop in Los Angeles suggesting the club was close to breaking through on the road.

The spirit was strong.

Shake Milton was playing at another level.

Al Horford got into a solid rhythm.

The bench stepped up.

And the threes, they started to fall.

All of those factors – especially the perimeter shooting – were again on display Thursday in Sacramento. This time, they added up to a 125-108 Sixers’ win.

The victory was the first for the Sixers in four visits to Golden 1 Center, and marked the team’s first win outside of South Philadelphia in 10 tries.

Harris topped the Sixers with 28 points. He, along with Milton, who dropped 20 points, were critical to a long-range attack that proved critical.

The Sixers shot 45.9% from deep, hitting 17 of 37 attempts. They’ve now hit at least 16 triples in three consecutive road contests for the first time in team history.

Horford made his presence felt all over the place, registering 18 points (7-14 fg) eight rebounds, and six assists. The Sixers outscored the Kings by an astounding 41 points in the 36 minutes the big man played.

As for the Sixers’ reserve corps, Alec Burks and Raul Neto led the way. Burks notched 17 points, while Neto scored 16, 14 of which came during the final six minutes of Thursday’s third period. 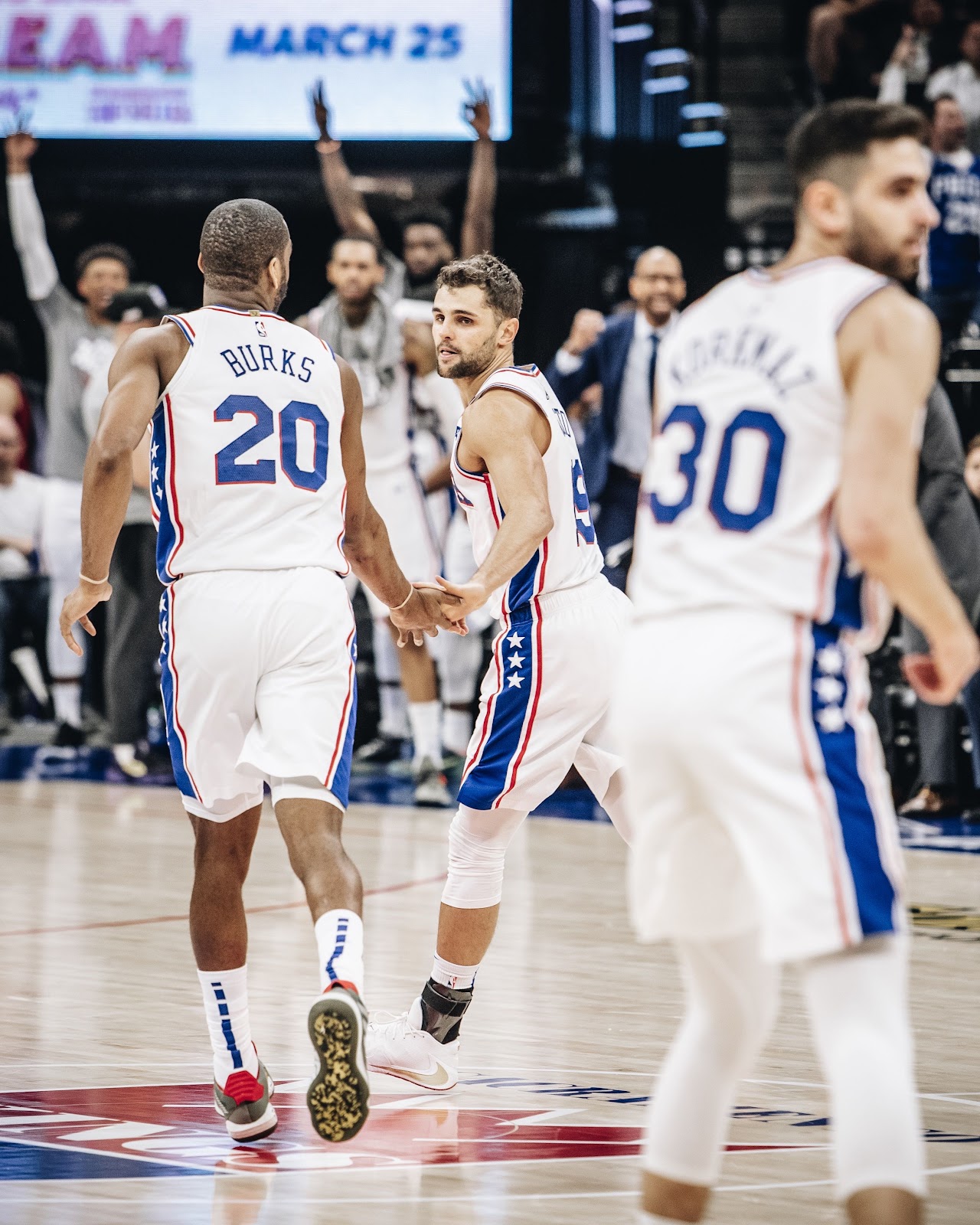 Also pivotal to the Sixers’ success in Sacramento was offensive rebounding. They outdid the Kings in that category, 14-4, and 13-4 on second-chance points.

The Sixers found themselves ahead by 20 points early in the fourth quarter, but Sacramento kept coming. After the Kings sliced the gap to six, 112-106, the Sixers’ vets rose to the occasion. Tobias Harris answered with a jumper, followed by a dunk and two free throws from Al Horford. The sequence triggered a 10-0 spurt that secured the Sixers’ win.

• The Sixers forced 18 turnovers, and outscored Sacramento, 22-16, in points off turnovers.

• Mike Scott was the fourth starter to reach double-figures. He finished with 11 points (5-10 fg), seven rebounds, and four assists, and is now shooting 8-for-14 on 3-point attempts during the current road trip. 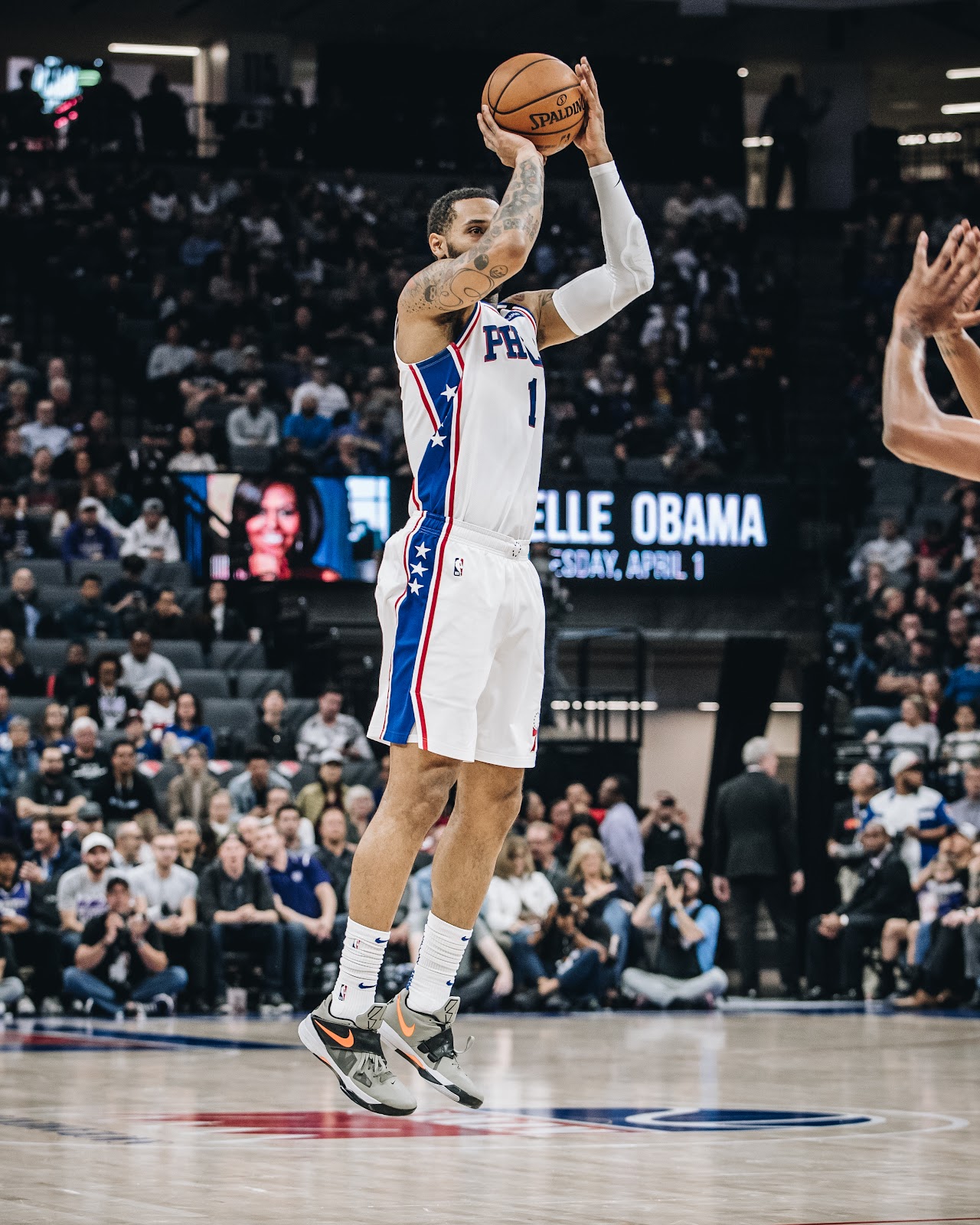 The 76ers will finish their four-game California road trip Saturday at 8:30 PM EST by making their first-ever visit to Chase Center, the new home of the Golden State Warriors (14-48). Golden State entered action Thursday with the fewest wins in the NBA, but welcomed back MVP Steph Curry against the Toronto Raptors. Curry played four games earlier this season before injuring his hand.

Jared Dudley on a Potential Return to Play